What does the cerebellum compute, and how is that computation made?

Animals, including humans, move with stunning precision. A brain area critical for this level of control is the cerebellum. The cerebellum is an ancient structure, conserved amongst all vertebrates, that is required for precise, fast movements. Our lab endeavors to understand the computations made by the cerebellum in service of fine motor control, and how those computations are made at a synaptic and circuit level. The Person lab is a dynamic, young group, always interested in talking to other people interested in motor control. We combine electrophysiology – both in vitro and in vivo – optogenetics, behavior, and anatomy to dissect these questions.

In the same way that we can marvel at biological motor control after watching robots, we can borrow concepts from engineering to form hypotheses about how the cerebellum supports precise movement. One prominent hypothesis suggests that the cerebellum computes what is known as a ‘forward model’ of state estimation. In the context of motor control, a forward model is simply a prediction of the state of the system in the future, based on current sensorimotor feedback.

We use a multidisciplinary approach to dissect the mechanisms and utility of cerebellar computations in the context of motor control, with experiments testing ideas at the behavioral, electrophysiological and anatomical levels.

For decades, cerebellar anatomy has been considered “solved” on many levels. Yet many important questions remain to be addressed that have critical bearing on understanding the mechanisms of cerebellar computations. We examine anatomical organization of cerebellar inputs and microciruitry using a variety of cutting-edge anatomical techniques, including transsynaptic tracing with monosynaptic rabies and pseudorabies viruses. In addition to answering fundamental questions about the physical substrates of cerebellar computations, these experiments provide breathtaking glimpses into one of the most spectacular structures in nature. 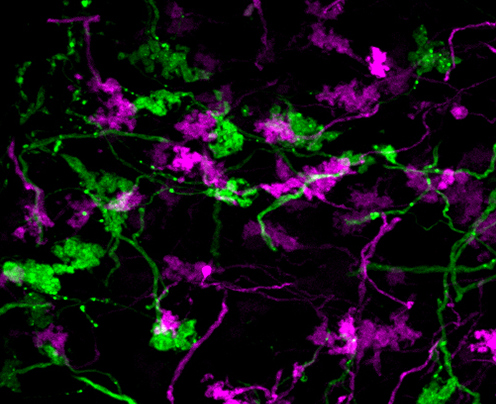 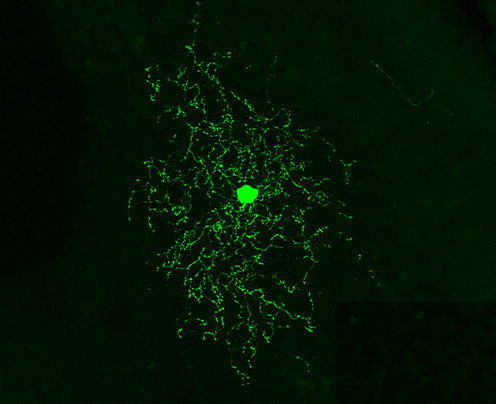 We use in vivo and in vitro  preparations to answer questions about the mechanistic underpinnings of cerebellar computations. We aim to understand how diverse forms of information entering the cerebellum are transformed by the cerebellar cortex to produce cerebellar output that refines movement. 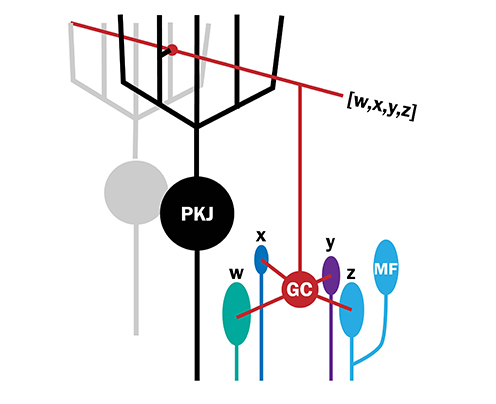 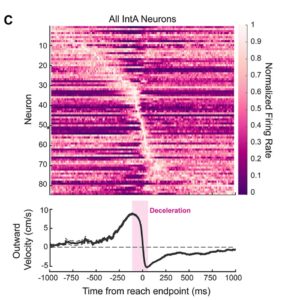 We use high resolution behavioral quantification with closed-loop optogenetic manipulations to test cerebellar contributions to movement with high temporal precision. We combine optogenetic tools with Cre lines we have identified to manipulate specific subpopulations of neurons in the cerebellar nuclei, providing powerful resolution into the questions of how cerebellar outputs influence movement.